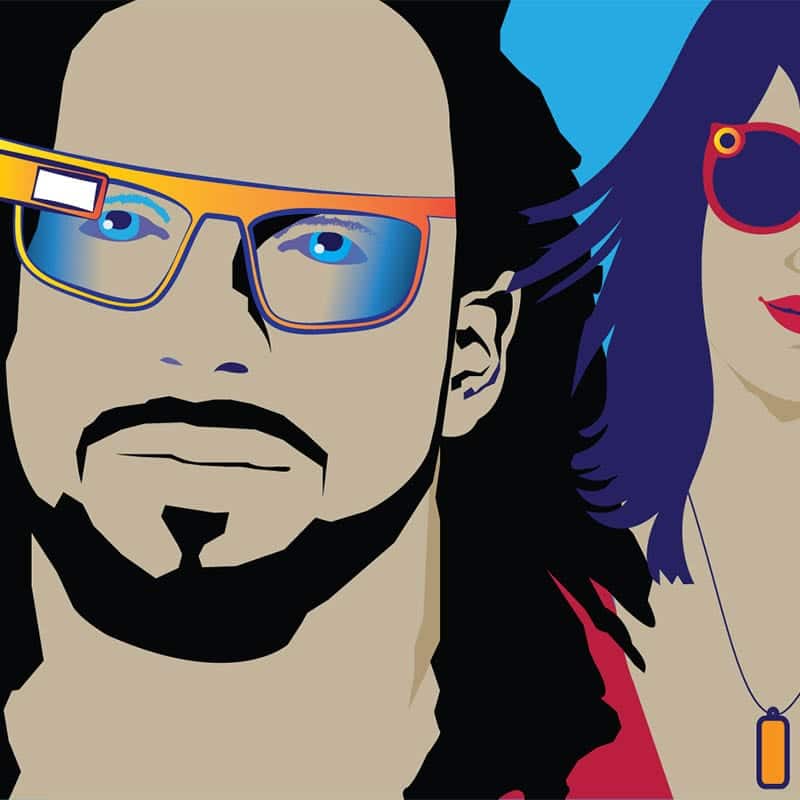 Wearables are a unique and exciting space in the technology environment. The combination of virtual and real-world application brings its own unique challenges. While the context of use is always important in UX design, in wearables it is crucial to be even more precise and focussed. The increased cost of manufacture and time to market means the risk is even greater. Frontend.com have collected these guiding design principals for wearables.

The first consumer wearables focused on what the technology can do, rather than on user needs. Perhaps it was necessary to explore the potential for new technologies, but for some, that strategy has proved to be an expensive gamble. Entrepreneurs and marketers have known for years that for products to succeed, they typically require a clear, defined, and limited use case. They must meet a need in a way that resonates with a particular group.

Any product that needs the public to spend time working out for themselves why it’s valuable has already lost the battle.

Understanding the context of the consumer is crucial. Google Glass Explorer was a program launched to uncover potential applications for wearables in 2013. However, beyond the initial excitement from the tech community, mainstream consumers and press reaction were negative. Unlike the Google designers, consumers emphasized the social implications of wearing Glass. Did it suit their style? Did it make other people uncomfortable? The upshot was a general agreement in 2013 that Glass was unacceptable in social situations. This forced users to consider when to put the glasses on, and ultimately to question what they were for. Most of the valuable use cases that the program uncovered were in professional and technical areas, such as medical and engineering where hands-free interaction is a real advantage.

The possibilities of Connected Devices are unquestionable. But the “build it and they will come” approach that was so successful for iPhone and the App Store has led to a series of products without purpose.

03 — The Scale of Acceptable Discreteness

Once the need and context are established, the product team must understand to what extent the user would like to disclose their use of the device. Apple is famous for creating appeal through design; iMacs broke the mould with desktop design. How often do you walk into a café and see someone working on a laptop that is not a MacBook? Yet Apple has only 7.5% of the market. Clearly, part of the brand appeal is that users are proud of what it says about them. However, their move into accessories has not been so smooth. Apple, who have traditionally competed on aesthetics and brand are now entering the lion’s den: personal and luxury goods. They have underestimated the intimate emotional context of the things we use to adorn ourselves. In some contexts, particularly medical ones, being discreet may be far more important than making a fashion statement. We call this the ‘Scale of Acceptable Discreteness’.

It is important to understand the sensitivities of users. When Adaptive Path was designing the Charmr diabetes management system, they understood the user needed to wear a connected device on their body. Early in the project, they set a design principle that the final design must be comfortable to wear during sex. This principle meant that the product must work during physical activity and also be so discreet that the user still feels confident wearing it while they are at their most exposed. Understanding where your customers sit on this scale helps to select the right form factor.

The magic happens when needs are addressed with appropriate connected solutions. Take Wisewear jewellery for example: designed with women in mind, they do not have any new technology or features, but rather combine elements from other products, matched with a clever form factor to solve a series of issues effectively. The bracelets monitor fitness, vibrate to let users know their phone has received a message or phone call (perfect for women who keep their phone in their bag), and also feature a distress messaging feature which alerts emergency contacts when a woman is in danger. Wisewear correctly identified jewellery as the perfect form for this product; it is discreet (important for emergency situations), stylish (important for most target users) and addresses scenarios specific to women.

05 — Reduce The Cost of Ownership

When users decide to buy and use a product they make an approximate calculation based on the cost and the perceived benefit of ownership. The cost, in this case, is not just the money – it is also the ongoing costs of owning the product; learning how it works, charging the battery, updating the firmware, and so on.

Owning an additional device is perceived as a cost. Generally, it is best to replace products that consumers are already wearing; clothing, jewellery, shoes, and earphones. This is evident in the simple fitness bands market. When the Nike Fuelband was launched in 2012 it looked like a good fit: cheap, connected, and sufficiently accurate to draw a believable infographic. However, it provided a relatively modest benefit to people’s lives and also meant they now had a new item which they needed to wear, monitor, and keep charged – an additional cost. When tracker features were added to smartphones it had a major effect on the fitness band market. It was an inferior tracker, in a more expensive product, yet because the features were built-in to something the users already had (and valued) the outcome was inevitable. Nike discontinued their Fuelband soon after iPhone incorporated this technology.

The wearables market is in its infancy. We must understand more about the mindset of target users, provide real value, and address their concerns over security and social sensitivities. We cannot rely on guesswork, we must undertake significant research and discovery before making some fundamental product decisions.

Many early entrants into the market have provided case studies of potential pitfalls at various stages of the wearable product lifecycle. It is up to product designers to learn from those lessons, understand the need they are hoping to achieve, and find a form factor that best supports that.

The uptake of Snapchat Spectacles may provide a good measure. This product has addressed each of the five principles in turn.