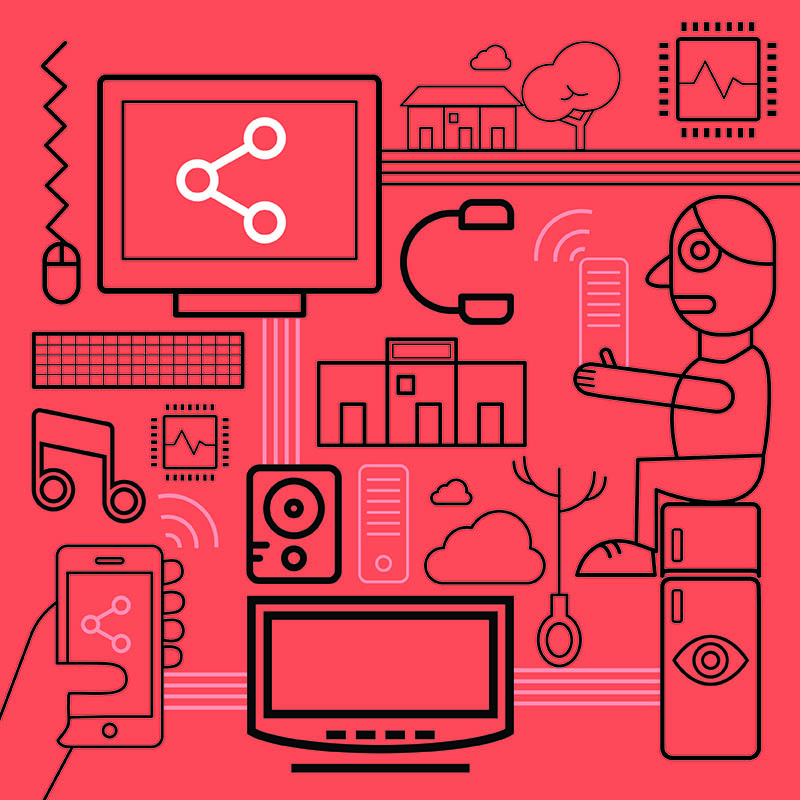 The Design Of Remote User Interfaces

Blurring the boundaries between computing, audio-visual, and mobile.

At Frontend.com we get to work with a lot of cutting-edge technology. Recently we got to work on something so novel that, in fact, it is actually just a great idea bundled into a set of specifications. As it is in such a formative stage, there are no commercial products to provide an interaction template or paradigm. It is called Remote User Interface (RUI) and it could, if widely adopted, change the way that we interact with consumer electronics by blurring the boundary between computing, audio-visual, and mobile technologies. Your next remote control could be your phone.

The Frontend.com team worked with our client, BridgeCo to deliver a proof-of-concept demonstration to explain the new technology, and to explore the feasibility of the current technology. A key objective was to assess the limitations of the current generation of mobile browsers and to what extent they support the event-based operations required to make the user interface fluid and engaging.

RUI is based on a list of other technologies with equally obscure acronyms. However, the basic idea is simple, devices are connected to a home network and allow external control via a small embedded webserver on the device. Access to the device can be made by any other device on the network using a web browser. The upshot is you can control potentially any audio-visual device with a Wi-Fi-capable mobile phone, or any other networked device. No need for plugins or software.

Why Do We Not Have it Already?

Well, there are still a few glitches to iron out before RUI hits the mainstream.

On the positive side, once device controls are moved into web browsers we have excellent paradigms for interaction and control. There is no reason why the experience of controlling audio-visual devices need be any less engaging or different from using YouTube, Last.fm or iTunes.

Where is it Going to End?

After considerable thought on the subject, I think the most likely endpoint is a portlet-based solution similar to iGoogle, or MyYahoo, or Facebook applications. Device control widgets could be mixed with web content such as weather and stock quotes. Individual control portlets would be delivered to mobile devices as widgets. And why stop at network-connected multimedia? Why not your fridge, security system, or best of all electric blanket, the possibilities are endless once the basic paradigm has become established.

What is Different About RUI?

I suppose the Apple ecosystem people are saying ‘big deal, I can already control iTunes from my iPhone’. What’s more, there are plenty of universal remote controls available already and home controllers have become more and more affordable. However, RUI has a few advantages:

BridgeCo AG is a global leader in networked home entertainment platforms, connecting Internet media sources, computers, and consumer electronics throughout the home. Their customers include Philips, Denon, Terratec, Noxon, and M-Audio. Frontend.com worked with BridgeCo to conceptualise a new remote interface based on the emerging RUI standard from the Digital Living Network Alliance. RUI technology will allow users to control any network-enabled audio-visual device using a mobile phone or computer. This technology is intended to replace the current device-specific remote controls with a single universal control standard.