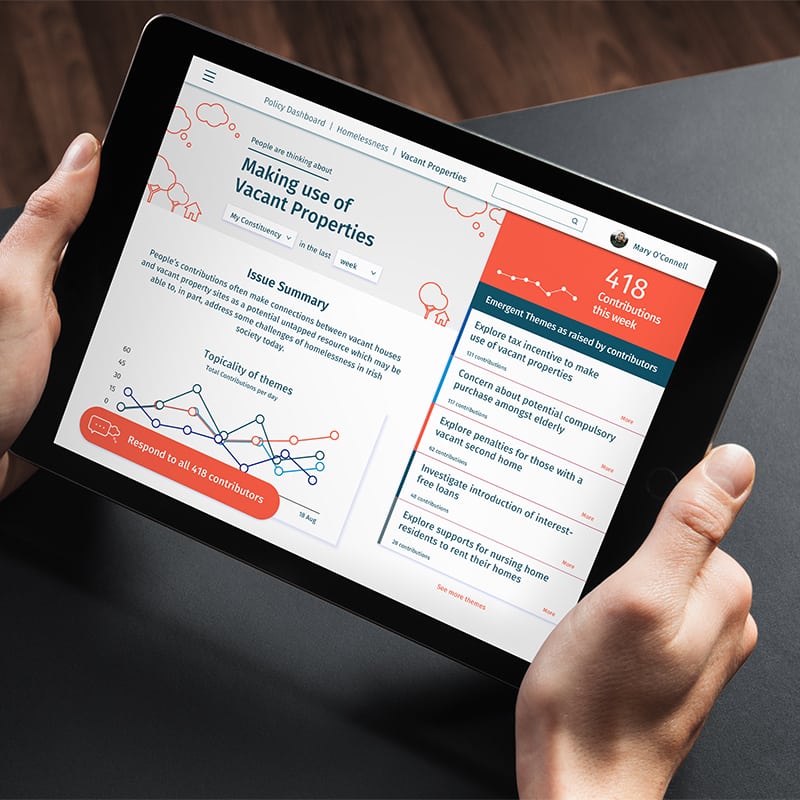 A novel platform concept to improve communication between citizens and public representatives.

Over the past fifty years, there has been a shift in how citizens perceive their relationship with public institutions. Heightening negative sentiment has created growing distrust; which in recent years has manifested itself in the rise of anti-government populism.

Our political systems are structured in five-year election cycles, but the modern world moves much faster. People order pizza with a single tap on their phone, and multinational corporations respond to tweets within an hour. But we do not experience the same connectivity or response rate with government bodies or representatives. This lack of responsiveness means citizens are more disconnected from their public institutions.

Government communication has relied on mass media to interpret and distribute news to citizens. The democratisation of media has greatly weakened this communication channel. Social media’s growth as a means of disseminating socio-political information has further disrupted traditional channels of communication between government and citizens.

While technology has created certain expectations and challenges, it also harnesses opportunities to engage citizens in ways never before imagined. There is potential to foster direct dialogue between governments and their citizens; augmenting and even circumventing the need for mass media. By inviting citizens to actively participate in the legislative journey we can potentially restore trust in our civic organisations. Particularly if the citizens are able to initiate these conversations and view their impact. 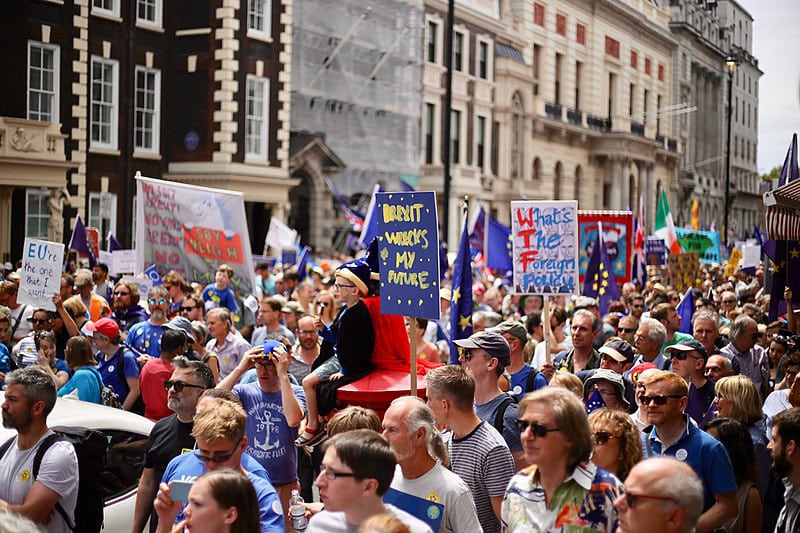 Our Contribution and Activities

Design thinking has become ubiquitous in product design, business, and public service provisioning. Frontend.com, with the support of our international partners, is providing the blueprints for this philosophy to improve policy-making. We believe it is time we use these new technologies to reinvigorate social cohesion and reconnect citizens with their public institutions.

We believe citizen-initiated dialogue can be a powerful tool to improve citizens’ sense of agency. To ensure that it can be implemented effectively we developed six Design Principles for Civic Dialogue in a Post-Truth Era. We published these principles in ‘Rules of Engagement’ a design-led white paper. This is a reference document for rebuilding trust in public institutions through direct dialogue, with contributions from leading industry, policy, and advocacy thought leaders. 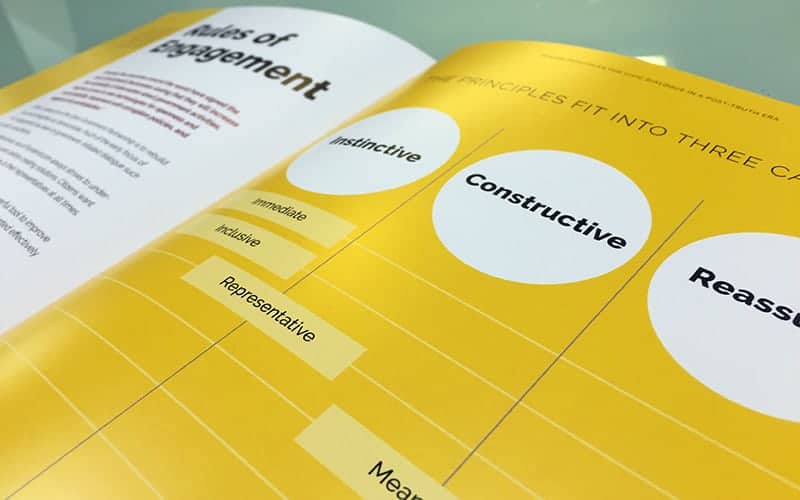 We launched the white paper at our 2017 DesignFix Symposium; ‘Is Democracy in a State of Emergency’ at the Science Gallery in Dublin. The complete white paper can be downloaded at www.frontend.com/engage

As part of a collaboration undertaken with the University of Limerick, the National College of Art & Design, and IADT Dun Laoghaire, we then sought to explore a viable concept which would realise our Design Principles for Civic Dialogue within a real-world context.

We created Moot, a design concept which allows citizens who wish to share their ideas or concerns with public representatives to interact with a conversational interface. An AI-powered client accepts those messages, understands them, and replies back to the citizen on the same channel. Algorithms within the AI client are designed to help the citizen articulate their point, contextualise their thinking, and, where appropriate, answer their question or present them with useful information.

To raise a question or topic for discussion. To suggest an idea or possibility.

— Definition of Moot as a verb

The conversation is structured to help the system understand the general intent of the citizen’s issue and to aggregate it with other messages sharing that intent. This greatly reduces the level of noise for public representatives, enabling them to host more thorough conversations with their constituents. By making it easier for public representatives to hear what their constituents are saying, the citizen’s engagement becomes more meaningful and potentially more impactful for both parties. 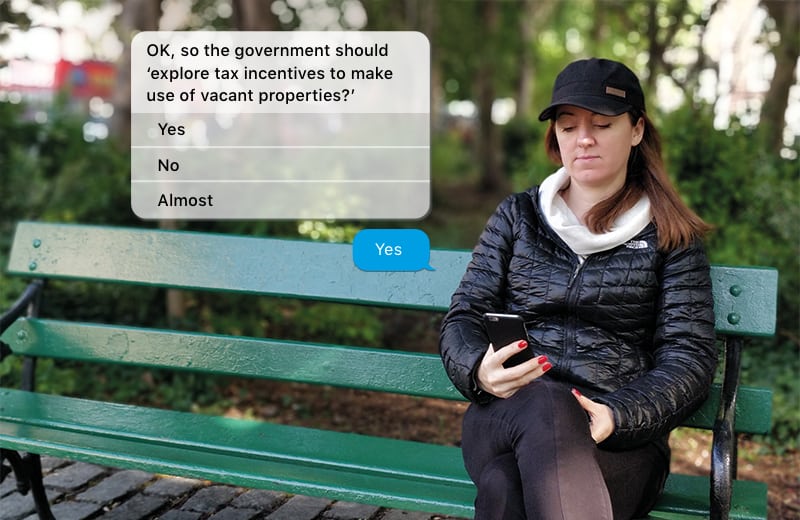 Through a logged-in portal, the public representative can see which themes within a topic have the most support, how contentious they are, and reply to citizens individually or in a group. For further insight, they can ask questions back to their constituents and easily review replies to those. Representatives can set replies to be automatically sent to any future constituents sending related messages.

Representatives can also review data on each topic collected from other sources; such as official parliamentary transcripts and mentions in government reports. To help contextualise what they may be hearing against general public sentiment, they are presented with trending media being shared on each topic. 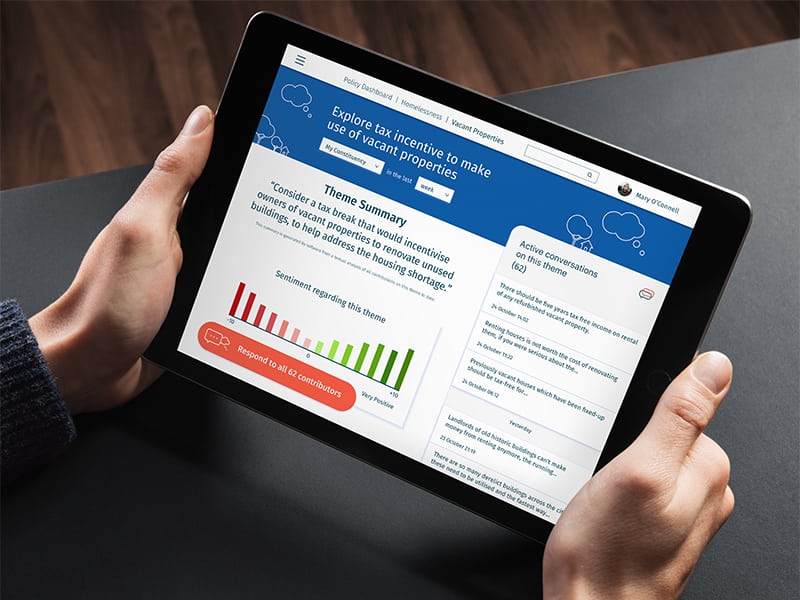 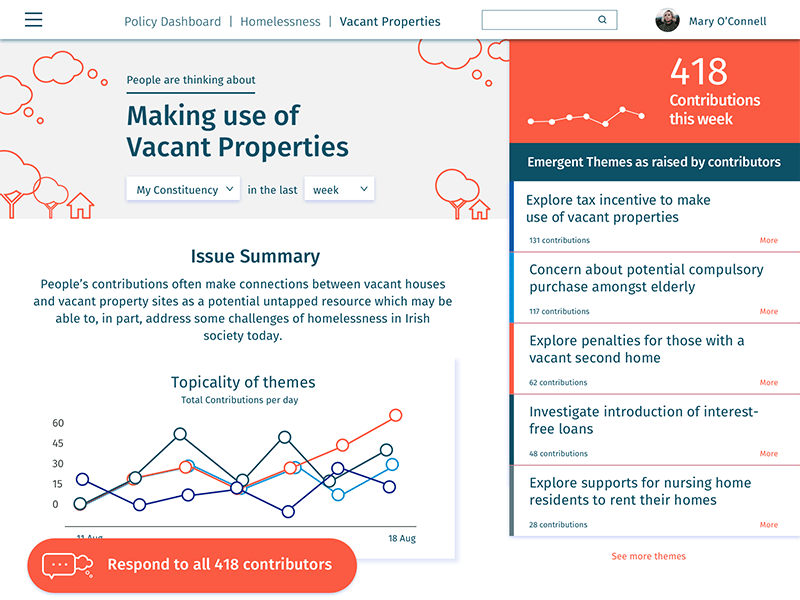 Citizens, while not initially engaging in one-on-one conversations, are enabled to have a constructive conversation with their public representative. The feedback loop, which automatically sends a message to the citizen whenever there is action on their topic, is central to the concept. This means that citizens are updated when a lobbied representative raises their issue in parliament, or if their idea is included in legislation.

This feedback loop demonstrates the impact the citizen has, illuminates the confusion surrounding the work of government, and encourages further participation on issues of interest.

The Moot concept is best represented in this video.

An assembly held for debate. A regular gathering of people having a common interest.

— Definition of Moot as a noun 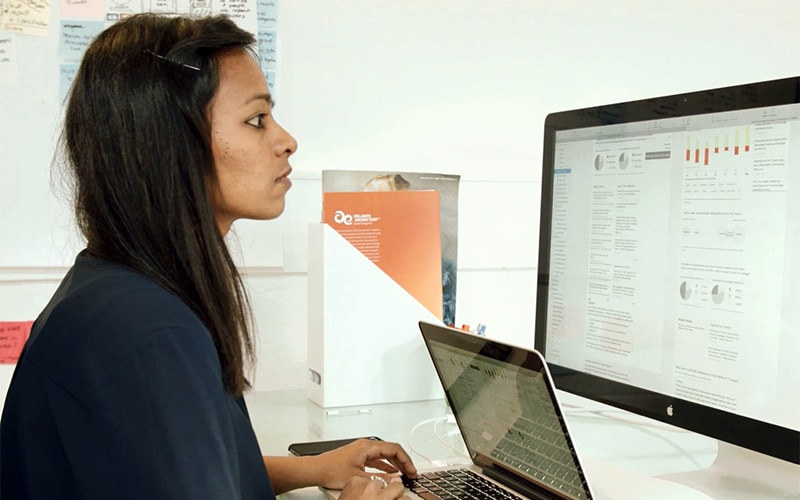